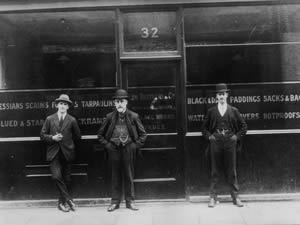 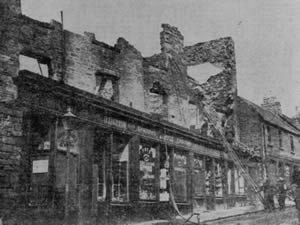 The Low family connection in the textile trade started in 1913 when brothers William and Peter Low co-founded Low Brothers. Starting from a humble beginning in a small commercial street office and then moving to Ellon Street Works as jute, sack and bag manufacturers. In 1919 the company moved to Wallace Works, Hilltown, Dundee and expanded their production of sacks and bags. Unfortunately there was a crushing blow in 1921 when Wallace Works went up in flames and only the offices remained of the whole building. The cost of the fire reached £100,000 — a considerable amount of money in those days.

After the fire the company continued to trade specialising in jute and union interlining for the clothing trade and after the War branched out into merchanting jute goods for needle felt and carpet backing.

In 1959 Low Brothers & Co Ltd became a member of Don Bros Buist Group and expanded rapidly into polypropylene production mainly for the carpet industry through their subsidiary Don & Low PLC. The Don Bros Buist Group sold the company in 1986 to Shell UK Ltd. At this time Mr Murray Low, son of the co-founder William Low, decided to leave the company and with his wife Rosalind formed their merchanting company specialising in marketing PVC coated fabrics, industrial textiles and products for the Horticultural and Agricultural markets.

This company is now one of the UK's leading distribution companies in the Coated Fabrics market and Horticultural fields. The family tradition continues with 3 daughters — Suzanne, Victoria and Rosemary working with their parents in the Company.